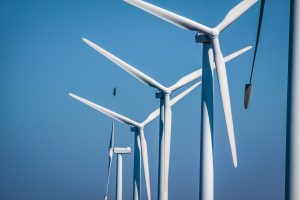 Roozbehani and Knittel studied the design of electricity markets and incentive mechanisms for the integration of renewable resources. Renewable resources pose challenges to electricity markets, include uncertainty, variability, highly correlated contingencies across large geographical areas, and near zero marginal cost. Roozbehani and Knittel addressed these challenges by developing data driven models and drawing from tools and methodologies in economics, game theory, control theory, and energy networks.

Due to government subsidies, environmental concerns, and increasing cost-competitiveness between power plants, the incorporation of renewable resources on the electric grid has rapidly expanded. The uncertainty and infrequency of renewable resources impose additional reserve requirements for operating the system at the same risk level, which can increase the overall cost of supplying reliable electricity.

Past research has revealed that in the dynamic demand responses and market mechanisms of renewable resources, there exists important tradeoffs between system-wide efficiency and risk. “Understanding the games that arise between the decision makers in both of these settings is essential in identifying the characterization of the tradeoffs,” researchers proposed.

To better understand their research on wind bidding and real-time settlement prices, Roozbehani and Knittel defined risk as “the likelihood of large supply-demand mismatches in the network” and efficiency as “the percentage of available renewable energy that is injected (not curtailed).” They focused on finding when mechanisms can be adapted to meet the desired tradeoffs between efficiency and risk.

The cross-disciplinary approach to this project helped to market economics and policy-relevant work towards audiences who might not otherwise be aware of new research from an engineering group.

The grant for this project supported Social & Engineering Systems (SES) student Ian Schneider, whose work on design of demand response programs is an important part of his PhD thesis. This project’s cross-disciplinary approach helped him understand the different ways in which economists and engineers research statistics and game theory, which also helped him in future research projects.