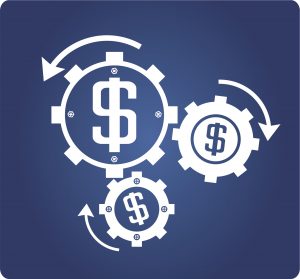 Acemoglu and Dahleh studied the relationship between financial network structures and bank failures. They were interested in better understanding how interbank linkages affect the transmission of adverse shocks in a banking system and how they shape the nature of economic fluctuations. They processed and collected data from a historical dataset of the United States banking system from the 19th century to produce an empirical model that tests whether there is a relationship between a bank’s performance and the performance of banks to which it is connected.

Developing the historical dataset involved digitizing data from historical documents and cleaning and processing the digitized data for estimation. Using a historical dataset helped overcome obstacles that an empirical analysis done on  banking system data usually experiences –– the topology of financial networks is often unknown and do not include the links between the networks. Hence, the simple structure of balance sheets and financial linkages in the 19th‐century banking system used for this project allowed for observation of all interbank linkages between banks.  Since bank crises and bank failures are common phenomena in the 19th century, this allowed for many events to be analyzed in order to understand the relationship between networks and bank failures.

The outcome of the data collection and processing was a dataset that contains banks’ balance sheets and a banking network, showing how much each bank borrows from other banks. The empirical model was used to understand whether the banking network plays any role in transmitting adverse shocks from one bank to another.

“Our preferred performance measure was the probability of failure,” said researchers of their model, “but we also investigated other balance sheet items related to the firm’s performance, such as asset size, number of deposits, amount of deposits. The estimation results did not suggest any significant relationship.”

Funds for this project went to data acquisition and supporting four undergraduate research assistants and a PhD student in Economics who is including this research in his dissertation.