Sinan Aral is the David Austin Professor of Management at the MIT Sloan School of Management where he holds a joint appointment in the IT and Marketing groups and co-leads the Initiative on the Digital Economy.

His research focuses on social contagion, product virality, and measuring and managing how information diffusion in massive social networks such as Twitter and Facebook affects information worker productivity, consumer demand and viral marketing. This research has won numerous awards including the Microsoft Faculty Fellowship, the PopTech Science Fellowship, an NSF CAREER Award and multiple Best Paper Awards. He was also recently named one of the “World’s Top 40 Business School Professors Under 40” by Poets & Quants.

Prof. Aral has been a Fulbright Scholar and served as Chief Scientist and on the board of directors of SocialAmp, a social commerce company that enables targeting and peer referral in social media networks (which was sold to Merkle in January, 2012). He is currently Chief Scientist at Humin, the smart social navigation startup that is creating the Google Maps for your social world. He is also the Scholar-in-Residence at the New York Times R&D Lab, and an organizer of the Workshop on Information in Networks (WIN) and the Conference on Digital Experimentation (CODE).

He is a frequent speaker at such thought leading events as Data Gotham, TEDxSiliconValley, TEDxColumbia Engineering, TEDxNYU, ADSCon, Wired’s “Nextwork” and PopTech and has been the keynote speaker at executive gatherings such as Omnicom’s Global “Emerge” Summit. His work is often featured in popular press outlets such as the Economist, the New York Times, Businessweek, Wired, Fast Company and CIO Magazine.

Prof. Aral is a Phi Beta Kappa graduate of Northwestern University, holds masters degrees from the London School of Economics and Harvard University, and received his PhD from MIT. 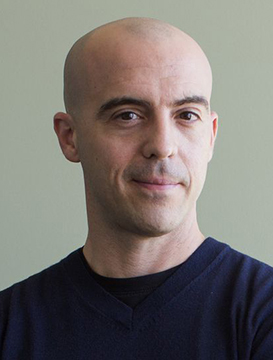