Prof. Richard Larson’s career has focused his operations research and systems expertise on a wide variety of problems, in both public and private sectors. He is author, co-author or editor of six books and author or co-author of over 175 scientific articles, primarily in the fields of urban service systems (esp. emergency response systems), disaster planning, pandemics, queueing, logistics, technology-enabled education, smart-energy houses and workforce planning. His first book, Urban Police Patrol Analysis (MIT Press, 1972) was awarded the Lanchester Prize of the Operations Research Society of America (ORSA). He is co-author, with Amedeo Odoni, of the widely used Urban Operations Research, Prentice Hall, 1981 (over 1,000 citations). Prof. Larson’s research on queues has not only resulted in new computational techniques (e.g., the Queue Inference Engine – an early example of data-driven research — and the Hypercube Queueing Model – 740 citations), but has also been covered extensively in national and international media.

Two recent papers, co-authored with his students, have won Best-Paper-of-the-Year awards: “Modeling the Effects of H1N1 Influenza Vaccine Distribution in the U.S.” (with Anna Teytelman), Value in Health, 2012; and “STEM crisis or STEM surplus? Yes and yes” (with Ms. Yi Xue), Monthly Labor Review, U.S. Bureau of Labor Statistics, the Lawrence M. Klein Award, US Department of Labor, 2015 (and covered in the New York Times).

Dr. Larson has served on many government boards. For example, with the Institute of Medicine, he served as an invited member of the Board on Health Sciences Policy (2008-2010) and on the Standing Committee on Emergency Management and Medical Response Integration (2009 – 2015).

He has been consultant to numerous companies and government agencies, having multiple major projects with the U.S. Postal Service and the City of New York.

He is a member of the National Academy of Engineering and is an INFORMS Founding Fellow. He has been honored with the INFORMS President’s Award and the Kimball Medal. In 2017, he was given the first-ever Lifetime Achievement Daniel Berg Medal for “making significant contributions to technology innovation, service systems and strategic decision making,” New Delhi, India.

From 1995 to mid 2003, Prof. Larson served as director of MIT’s CAES, Center for Advanced Educational Services. His position at CAES focused on bringing technology-enabled learning to students living on the traditional campus and to those living and working far from the university, perhaps on different continents. He was founding director of LINC, Learning International Networks Consortium, an MIT-based international project that has held eight international symposia.

Currently Prof. Larson is principal investigator of the MIT BLOSSOMS Initiative. He continues to be actively engaged in research, especially on how Operations Research can provide insights in the monitoring and control of Covid-19 and on analyzing proposed major structural changes in the US education system. 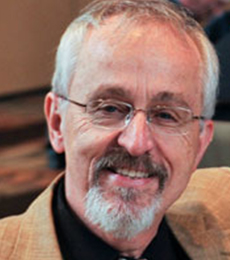