David Rand is the Erwin H. Schell Professor and Professor of Management Science and Brain and Cognitive Sciences at MIT, the director of the Applied Cooperation Team, and an affiliate of the MIT Institute of Data, Systems, and Society, and the Initiative on the Digital Economy.

Bridging the fields of behavioral economics and psychology, David’s research combines mathematical/computational models with human behavioral experiments and online/field studies to understand human behavior. His work uses a cognitive science perspective grounded in the tension between more intuitive versus deliberative modes of decision-making, and explores topics such as cooperation/prosociality, punishment/condemnation, perceived accuracy of false or misleading news stories, political preferences, and the dynamics of social media platform behavior.

His work has been published in peer-reviewed journals such as Nature, Science, Proceedings of the National Academy of Science, the American Economic Review, Psychological Science, and Management Science, and has received widespread attention from print, radio, TV and social media outlets. He has also written popular press articles for outlets including the New York Times, Wired, New Scientist, and the Psychological Observer. He was named to Wired magazine’s Smart List 2012 of “50 people who will change the world,” chosen as a 2012 Pop!Tech Science Fellow, received the 2015 Arthur Greer Memorial Prize for Outstanding Scholarly Research, and was selected as fact-checking researcher of the year in 2017 by the Poyner Institute’s International Fact-Checking Network. Papers he has coauthored have been awarded Best Paper of the Year in Experimental Economics, Social Cognition, and Political Methodology. 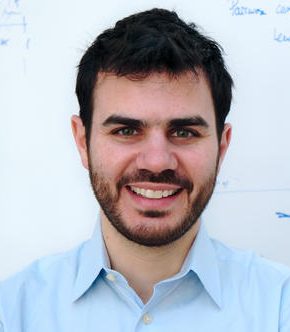