Charles Stewart III is the Kenan Sahin Distinguished Professor of Political Science at MIT, where he has taught since 1985, and a Fellow of the American Academy of Arts and Sciences. His research and teaching areas include congressional politics, elections, and American political development.

His current research about Congress touches on the historical development of committees, origins of partisan polarization, and Senate elections. His recent books of congressional research include Electing the Senate (2014, with Wendy J. Schiller), Fighting for the Speakership (2012, with Jeffery A. Jenkins), and Analyzing Congress (2nd ed., 2011).

Since 2001, Professor Stewart has been a member of the Caltech/MIT Voting Technology Project, a leading research efforts that applies scientific analysis to questions about election technology, election administration, and election reform. He is currently the MIT director of the project. Professor Stewart is an established leader in the analysis of the performance of election systems and the quantitative assessment of election performance. Working with the Pew Charitable Trusts, he helped with the development of Pew’s Elections Performance Index. Professor Stewart also provided advice to the Presidential Commission on Election Administration. His research on measuring the performance of elections and polling place operations is funded by Pew, the Democracy Fund, and the Hewlett Foundation. He recently published The Measure of American Elections (2014, with Barry C. Burden).

Professor Stewart has been recognized at MIT for his undergraduate teaching, being named to the second class of MacVicar Fellows in 1994, awarded the Baker Award for Excellence in Undergraduate Teaching, and the recipient of the Class of 1960 Fellowship. Since 1992, he has served as Housemaster of McCormick Hall, along with his spouse, Kathryn M. Hess.

Professor Stewart received his B.A. in political science from Emory University, and S.M. and Ph.D. from Stanford University. 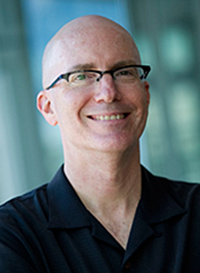