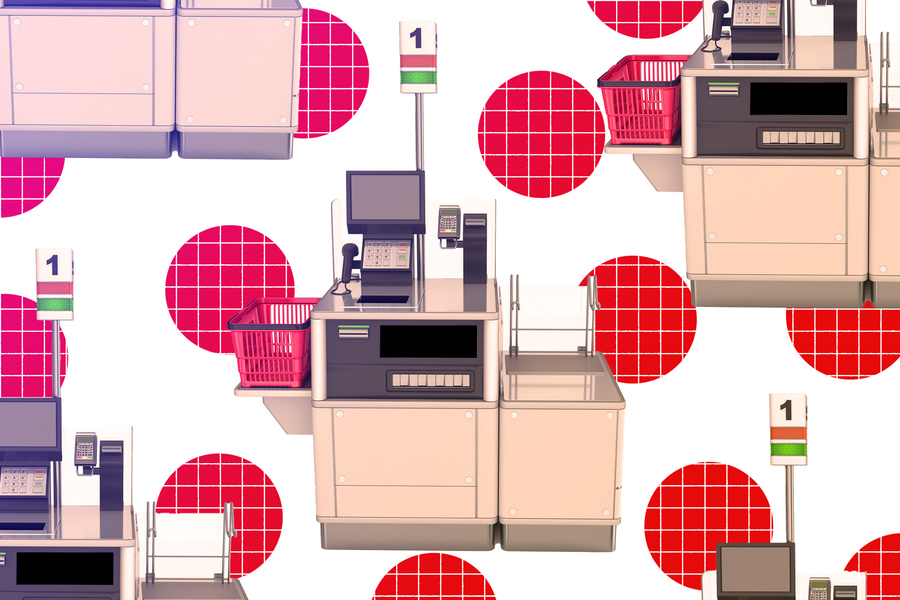 A newly published paper quantifies the extent to which automation has contributed to income inequality in the U.S., simply by replacing workers with technology — whether self-checkout machines, call-center systems, assembly-line technology, or other devices.

When you use self-checkout machines in supermarkets and drugstores, you are probably not — with all due respect — doing a better job of bagging your purchases than checkout clerks once did. Automation just makes bagging less expensive for large retail chains.

“If you introduce self-checkout kiosks, it’s not going to change productivity all that much,” says MIT economist Daron Acemoglu. However, in terms of lost wages for employees, he adds, “It’s going to have fairly large distributional effects, especially for low-skill service workers. It’s a labor-shifting device, rather than a productivity-increasing device.”

A newly published study co-authored by Acemoglu quantifies the extent to which automation has contributed to income inequality in the U.S., simply by replacing workers with technology — whether self-checkout machines, call-center systems, assembly-line technology, or other devices. Over the last four decades, the income gap between more- and less-educated workers has grown significantly; the study finds that automation accounts for more than half of that increase.

“This single one variable … explains 50 to 70 percent of the changes or variation between group inequality from 1980 to about 2016,” Acemoglu says.

The paper, “Tasks, Automation, and the Rise in U.S. Wage Inequality,” is being published in Econometrica. The authors are Acemoglu, who is an Institute Professor at MIT, and Pascual Restrepo PhD ’16, an assistant professor of economics at Boston University.

So much “so-so automation”

How much of this change is due to automation? Growing income inequality could also stem from, among other things, the declining prevalence of labor unions, market concentration begetting a lack of competition for labor, or other types of technological change.

To conduct the study, Acemoglu and Restrepo used U.S. Bureau of Economic Analysis statistics on the extent to which human labor was used in 49 industries from 1987 to 2016, as well as data on machinery and software adopted in that time. The scholars also used data they had previously compiled about the adoption of robots in the U.S. from 1993 to 2014. In previous studies, Acemoglu and Restrepo have found that robots have by themselves replaced a substantial number of workers in the U.S., helped some firms dominate their industries, and contributed to inequality.

At the same time, the scholars used U.S. Census Bureau metrics, including its American Community Survey data, to track worker outcomes during this time for roughly 500 demographic subgroups, broken out by gender, education, age, race and ethnicity, and immigration status, while looking at employment, inflation-adjusted hourly wages, and more, from 1980 to 2016. By examining the links between changes in business practices alongside changes in labor market outcomes, the study can estimate what impact automation has had on workers.

A central conceptual point, Acemoglu says, is that automation should be regarded differently from other forms of innovation, with its own distinct effects in workplaces, and not just lumped in as part of a broader trend toward the implementation of technology in everyday life generally.

Consider again those self-checkout kiosks. Acemoglu calls these types of tools “so-so technology,” or “so-so automation,” because of the tradeoffs they contain: Such innovations are good for the corporate bottom line, bad for service-industry employees, and not hugely important in terms of overall productivity gains, the real marker of an innovation that may improve our overall quality of life.

A new perspective on the big picture

The results occupy a distinctive place in the literature on automation and jobs. Some popular accounts of technology have forecast a near-total wipeout of jobs in the future. Alternately, many scholars have developed a more nuanced picture, in which technology disproportionately benefits highly educated workers but also produces significant complementarities between high-tech tools and labor.

The current study differs at least by degree with this latter picture, presenting a more stark outlook in which automation reduces earnings power for workers and potentially reduces the extent to which policy solutions — more bargaining power for workers, less market concentration — could mitigate the detrimental effects of automation upon wages.

“These are controversial findings in the sense that they imply a much bigger effect for automation than anyone else has thought, and they also imply less explanatory power for other [factors],” Acemoglu says.

Still, he adds, in the effort to identify drivers of income inequality, the study “does not obviate other nontechnological theories completely. Moreover, the pace of automation is often influenced by various institutional factors, including labor’s bargaining power.”

Labor economists say the study is an important addition to the literature on automation, work, and inequality, and should be reckoned with in future discussions of these issues.

“Acemoglu and Restrepo’s paper proposes an elegant new theoretical framework for understanding the potentially complex effects of technical change on the aggregate structure of wages,” says Patrick Kline, a professor of economics at the University of California, Berkeley. “Their empirical finding that automation has been the dominant factor driving U.S. wage dispersion since 1980 is intriguing and seems certain to reignite debate over the relative roles of technical change and labor market institutions in generating wage inequality.”

For their part, in the paper Acemoglu and Restrepo identify multiple directions for future research. That includes investigating the reaction over time by both business and labor to the increase in automation; the quantitative effects of technologies that do create jobs; and the industry competition between firms that quickly adopted automation and those that did not.

The research was supported in part by Google, the Hewlett Foundation, Microsoft, the National Science Foundation, Schmidt Sciences, the Sloan Foundation, and the Smith Richardson Foundation.