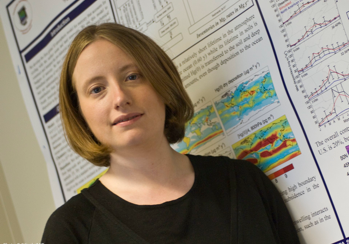 It is our pleasure to announce that Prof. Noelle Selin will be the next director for the Technology and Policy Program (TPP) at MIT.

Noelle is nationally and internationally recognized for her work linking science and policy on the topic of atmospheric pollutants. Her interdisciplinary research program aims to inform decision-making on air pollution, climate change, and hazardous substances. Her research addresses, at a systems level, the full cycle that relates policies to their environmental impacts. A major focus is on mercury pollution, where she has engaged with policy-makers both domestically and internationally. In addition to her work modeling the transport and fate of pollutants, she has also published articles and book chapters on the interactions between science and policy in international environmental negotiations, in particular focusing on global efforts to regulate hazardous substances.

Noelle is an excellent educator and teacher, and has substantially contributed to the curriculum in IDSS and TPP. She served as Associate Director of TPP beginning in July 2015, following Professor Dava Newman. During that time, she managed the admission process and led the curricular development effort that revised the set of course requirements for TPP students. In 2018, she shared the Joseph A. Martore ’75 Award for Exceptional Contributions to Education in IDSS for her contributions to the core TPP course “Science, Technology, and Public Policy.” She also received TPP’s Faculty Appreciation Award in 2013.

Noelle came to MIT in 2007 as a Postdoctoral Associate at the Center for Global Change Science. She joined ESD as an Assistant Professor in 2010 with a joint appointment in Earth, Atmospheric and Planetary Sciences (EAPS). She was promoted to Associate Professor with Tenure in July 2017 as a core member of IDSS. She holds a B.A. in Environmental Science and Public Policy, and an M.A. and PhD in Earth and Planetary Sciences, all from Harvard University. In the area of policy, she had prior appointments as a research associate with the Initiative on Science and Technology for Sustainability at Harvard’s Kennedy School and as a visiting researcher at the European Environment Agency in Copenhagen, Denmark. She also previously worked on chemicals issues at the U.S. Environmental Protection Agency.

Noelle has received the NSF CAREER Award and two best Environmental Policy paper awards from the journal Environmental Science and Technology (2015 and 2016). She is a Kavli Frontiers of Science Fellow, a member of the Global Young Academy (2014-2018), a Fellow of the AAAS Leshner Leadership Institute for Public Engagement (2016-2017), and a Leopold Leadership Fellow (2013).

We congratulate Noelle on this important leadership role.