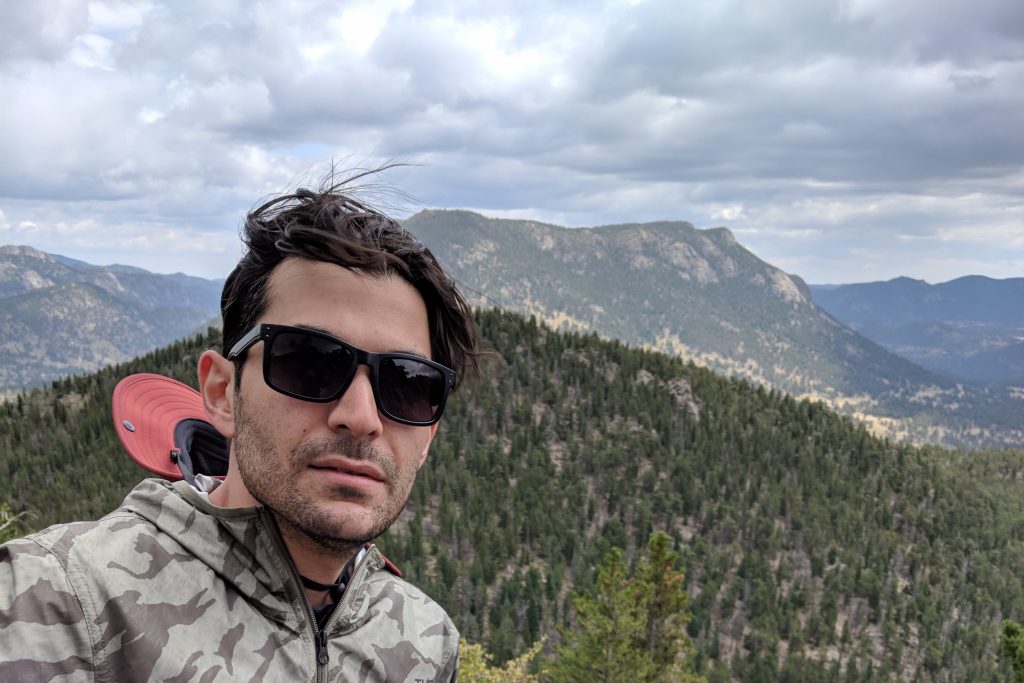 Eaman Jahani has thought about society and equality for a long time. His interest may have been shaped in part by his childhood in Iran, where he witnessed a constant struggle for social equity and progress. “I was reading political news constantly,” he remembers.

But all societies have struggles, and Jahani thinks if he’d grown up elsewhere, he’d be drawn to the same questions. “When I came to the United States, I started reading social theories of the struggle between labor and capital,” he says. “The US also deals with challenges of how institutions reward and punish people differently.”

Jahani came to the US for college, getting first a Bachelors and then a Masters in computer science. For a time, he was a data analyst for Google — now he’s a PhD student in the Social & Engineering Systems program (SES) at IDSS. The SES program provides training in both statistics and the social sciences, and student research examines the societal aspects of challenges across domains like energy, transportation, and health care, using the advanced tools of computing and data science.

To augment his statistical training, Jahani chose to add the Interdisciplinary Doctoral Program in Statistics to his SES program. After completing additional coursework and integrating statistics into his advising and dissertation, Jahani will graduate with a PhD in Social and Engineering Systems and Statistics.

“I wanted to do research with a social component, and sociology is getting more computational” says Jahani. “IDSS was perfect. I wanted to apply statistical analysis to my research, but at the same time get training in social science methodology.”

Working with Media Lab and IDSS professor Alex ‘Sandy’ Pentland and Dean Eckles, a Sloan professor and IDSS affiliate, Jahani explores how the structure of social networks can perpetuate inequality, especially the unequal distribution of resources. “Networks play an important role in access to opportunities, like employment information,” he says. “I study how networks reinforce and even widen existing inequalities.”

Networks can be mapped out as nodes and connections, but as they get larger and more complex, even observing their structure requires statistical tools. One of the first components of Jahani’s dissertation was a study that used phone communication records, surveys, and income data to construct a network of about 33,000 individuals.

“What we saw is that network diversity — the level of access to unique communities — only seemed to have positive effects for higher income individuals. So maybe network effects can exacerbate existing inequalities.” Jahani then looked for more concrete causal evidence linking less positive outcomes to network structure directly. In a randomized experiment, he found that where he seeded particular information in the network determined who would get access to it.

To test this relationship between network structure and access to information, Jahani constructed a model that generates randomly structured networks. A key variable for him is brokerage, viewed in network terms as ‘variations in links across different groups.’ In other words: connections exist between high income people and between low income people, but what connections exist between these two groups? Jahani found that when a small number of low income ‘brokers’ provided most of the access to high income people, outcomes for low income people weren’t nearly as good as when the same number of connections were distributed more evenly across the network.

Looking for a gold mine

Based on the findings of his observations and models, Jahani’s next step is to test network effects in a controlled way. The method: an online game, developed with the help of a UROP student, that recruits players who can receive real money based on their actions.

“The basic goal of the game is to find a gold mine on a map,” says Jahani. “Finding the gold mine determines how much reward money you receive at the end.”

Here’s the catch: players are split into two groups, with one group getting a higher chance of receiving the gold mine’s location. Over several rounds of play, researchers can observe individual behavior in these two ‘networks.’ Sharing the location of the gold mine will reduce your take for that round, but could encourage others in the network to share the knowledge with you in subsequent rounds of play.

“We provide this mechanism for reciprocity,” explains Jahani, “and we simulate a ‘high status’ and a ‘low status’ group. Since there is a limited amount of ‘gold,’ it’s what we call a rivalrous resource. We’re going to make the network have more or less brokerage so we can see what sort of network structures lead to higher inter-group differences.”

The experiment is on-going, but early results are confirming some of Jahani’s early observations. “We’re finding that if the chances of receiving information about the gold mine’s location is fairly low for a particular group, they are less likely to cooperate with each other.” There is plenty of incentive for ‘high status’ people to share with each other, since they expect their network to reciprocate. But if the people in your network are unlikely (or unable) to help you in the future, you can only help them at your own expense.

Home on the range

Jahani is also working with Eckles on a collaboration with Facebook studying other network effects. Specifically, they are looking at longer range connections — when you are connected to someone but have no mutual connections, or even an indirect connection with their connections. These connections tend to be weak, but there has been some evidence of stronger long range connections on social media.

“We’re exploring that finding, considering factors like anonymous accounts, multiple accounts, and ways in which close ties might seem artificially to have high range,” says Jahani. “It can be a pitfall of big data to find interesting patterns that are merely an artifact of a platform. But range of a tie is usually a good predictor of economic outcomes, so it’s valuable to identify prevalence and characteristics of strong long-range ties.”

Jahani’s dissertation keeps him busy, as have other efforts in data analysis, from co-organizing a 2-week summer institute for computational social science to winning first place in the Fragile Families Challenge by building a model that uses data to predict various outcomes for American families. “And I ski and hike,” he adds. “My summer hiking in Italy is so important, we even went this year, buying tickets as soon as negative coronavirus tests came back.”

Jahani has begun his own search for future employment and plans to build on his work at IDSS. “Institutional norms can also affect unequal distribution, and I’m interested in looking into that in the future.”

Hopefully his network will help him out.