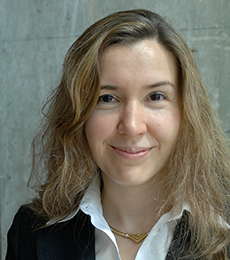 IDSS and LIDS Professor Asu Ozdaglar — a former director of LIDS and currently the head of the Department of Electrical Engineering and Computer Science — has been appointed the School of Engineering Distinguished Professor of Engineering. This appointment is a reflection of Asu’s tremendous commitment and contributions to research, education, and service throughout her career.

Email Announcement from the School of Engineering

Professor Ozdaglar has made fundamental contributions to optimization theory, economic and social networked systems, and game theory. Her research in optimization ranges from convex analysis and duality to distributed methods for large-scale systems and optimization algorithms for machine learning. Her research has integrated analysis of social and economic interactions within the study of networks and spans many dimensions of these areas, including the analysis of learning and communication, diffusion and information propagation, influence in social networks, and cascades and systemic risk in economic and financial systems.

Professor Ozdaglar has also made important educational contributions to MIT. She is an outstanding classroom teacher, and has developed the game theory subject 6.254 (Game Theory with Engineering Applications. She also co-developed Networks (6.207), which is jointly listed with Economics. She has taught a variety of other courses, including Introduction to Communication Control and Signal Processing (6.011), Nonlinear Programming (6.252), and Introduction to Mathematical Programming (6.251).

Her broader contributions outside of the classroom have been significant as well. Professor Ozdaglar played a leading role (with Professor Costis Daskalakis and colleagues in Course 14) in launching a new undergraduate major in 6-14: Computer Science, Economics and Data Science. She was also among the faculty leading the efforts to establish Course 11-6: Urban Science and Planning with Computer Science, a new program that offers students an opportunity to investigate some of the most pressing problems and challenges facing urban areas today. Professor Ozdaglar also served as technical program co-chair of EECS’s Rising Stars workshop in 2015 and will chair this year’s workshop in October.

Professor Ozdaglar is a past recipient of a Microsoft fellowship, the MIT Graduate Student Council Teaching Award, the NSF CAREER Award, the 2008 Donald P. Eckman Award of the American Automatic Control Council, and the 2014 Ruth and Joel Spira Award for Excellence in Teaching. She held the Class of 1943 Career Development Chair, was the inaugural Steven and Renee Finn Innovation Fellow, and, most recently, held the Joseph F. and Nancy P. Keithley Professorship. She served on the Board of Governors of the Control System Society in 2010 and was an associate editor for IEEE Transactions on Automatic Control. She is the inaugural area co-editor for a new area for the journal Operations Research, entitled “Games, Information and Networks,” and she is the co-author of “Convex Analysis and Optimization” (Athena Scientific, 2003).

The School of Engineering Distinguished Professor of Engineering was established to recognize outstanding contributions in education, research, and service. Professor Ozdaglar’s appointment recognizes her exceptional leadership and accomplishments.

Asu is an inspiring leader, and her vision and dedication are impressive. Please join me in congratulating her for this most deserved appointment.