Abstract:
What if I told you I had evidence of a serious threat to American national security – a terrorist attack in which a jumbo jet will be hijacked and crashed every 12 days. Thousands will continue to die unless we act now. This is the question before us today – but the threat doesn’t come from terrorists. The threat comes from climate change and air pollution.

We have developed an artificial neural network model that uses on-the-ground air-monitoring data and satellite-based measurements to estimate daily pollution levels across the continental U.S., breaking the country up into 1-square-kilometer zones. We have paired that information with health data contained in Medicare claims records from the last 12 years, and for 97% of the population ages 65 or older. We have developed statistical methods and computational efficient algorithms for the analysis over 460 million health records.

Our research shows that short and long term exposure to air pollution is killing thousands of senior citizens each year. This data science platform is telling us that federal limits on the nation’s most widespread air pollutants are not stringent enough.

This type of data is the sign of a new era for the role of data science in public health, and also for the associated methodological challenges. For example, with enormous amounts of data, the threat of unmeasured confounding bias is amplified, and causality is even harder to assess with observational studies. These and other challenges will be discussed.

About the Speaker:
Francesca Dominici is Professor of Biostatistics at the Harvard T.H.Chan School of Public Health and co-Director of the Harvard Data Science Initiative.

Her research focuses on the development of statistical methods for the analysis of large and complex data; she leads several interdisciplinary groups of  scientists with the ultimate goal of addressing important questions in environmental health science, climate change, comparative effectiveness research  in cancer, and health policy. Currently, Dominici’s team uses satellite data and multiple data sources to estimate exposure to air pollution in rural areas in the US, in India, and in other developing countries. Her studies have directly and routinely impacted air quality policy and led to more stringent ambient air quality standards in the United States. 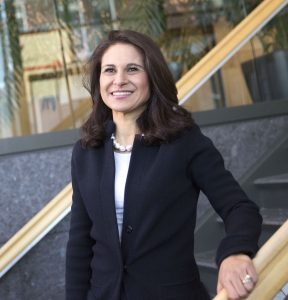 Dominici was recognized on the Thomson Reuters 2015 Highly Cited Researchers list, ranking in the top 1 percent of scientists cited in her field. In 2017, she was named one of the top 10 Italian women scientists with the largest impact in biomedical sciences across the world. In addition to her research interests and administrative leadership roles, Dominici has demonstrated a career-long commitment to promoting diversity in academia. For her contributions, she has earned the Jane L. Norwood Award for Outstanding Achievement by a Woman in the Statistical Sciences and the Florence Nightingale David Award. Dominici currently chairs the University Committee for the Advancement of Women Faculty at the Harvard T.H. Chan School of Public Health. Prior to Harvard, she was on the faculty of the Johns Hopkins Bloomberg School of Public Health, where she also co-chaired the University Committee on the Status of Women. Dominici has degrees from University La Sapienza and University of Padua.