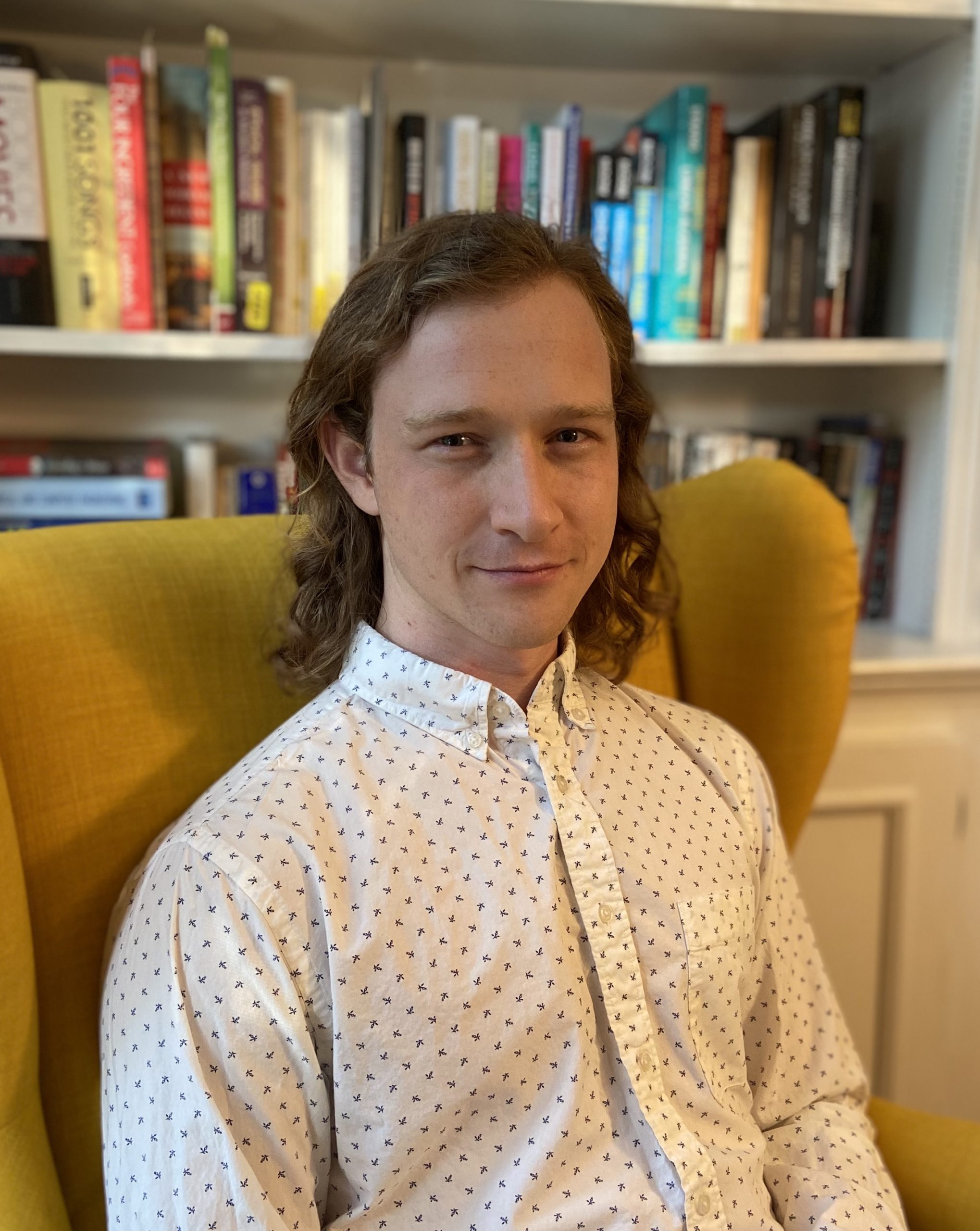 Doctoral Student Hammer Fellow
Elijah earned a BS in Electrical and Computer Engineering from Johns Hopkins University in 2017 and was selected as a National Science Foundation Graduate Research Fellow in 2020. Before joining the Social and Engineering Systems PhD program, Elijah worked on power grid and pandemic control with Professor Enrique Mallada and others at Johns Hopkins University. He has also developed software and electronics for several robotic systems at Honeybee Robotics and NASA Jet Propulsion Laboratory. Elijah is interested in addressing problems of sustainability and social equity by developing quantitative methods for understanding and adjusting complex systems. He plans to study applications of control theory, network theory, optimization, statistics and economics for improving energy systems, financial systems and supply chains. 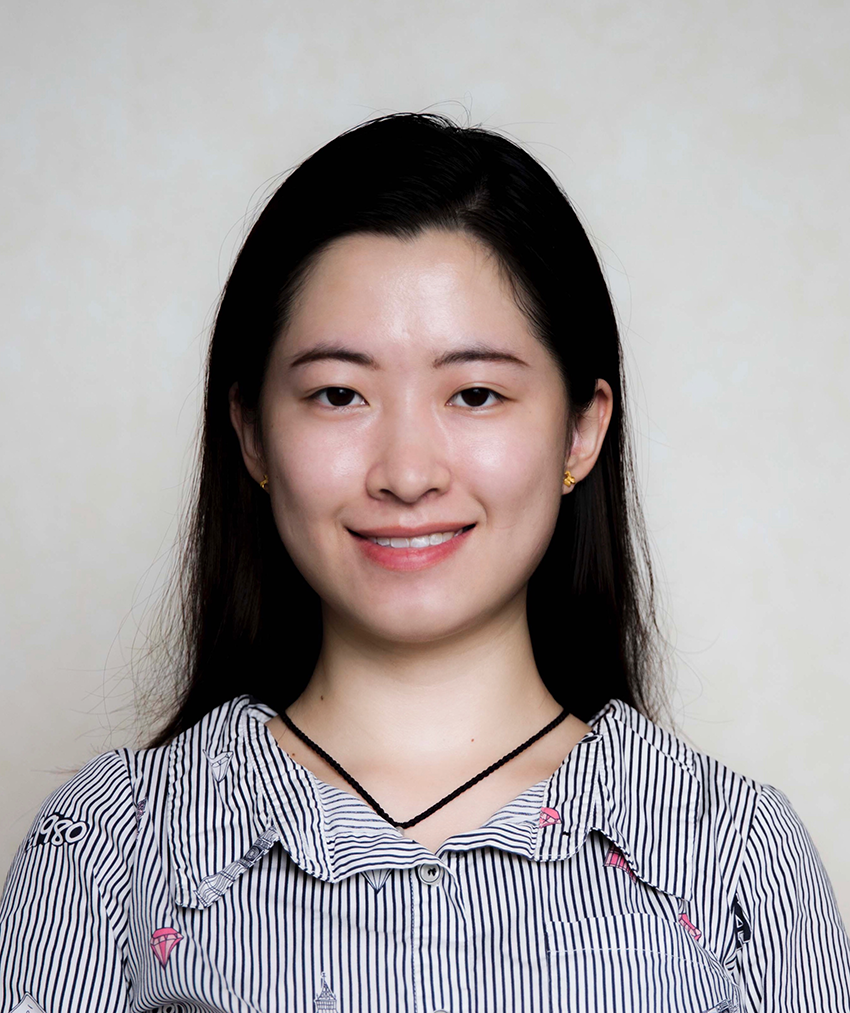 Doctoral Student Hammer Fellow
Jessy Xinyi Han received her BS in Computer Science, with minors in Applied Mathematics and Economics, with Summa Cum Laude from Columbia University in 2020 and was awarded a Computer Science department honor, Russell C. Mills Award. Her research interest is in leveraging methodologies from graph theory and machine learning to develop better algorithms and mechanisms to solve real-world problems in social networks and economics, with a special interest in fairness in algorithm design. At Columbia, Jessy worked on designing new social influence maximization algorithms to select early-adopters to achieve both a fairness and efficiency advantage over classic algorithms. She is currently working on developing new network-based algorithms to detect fake news in WhatsApp group chats. At MIT, she hopes to broaden her knowledge and improve problem-solving skills to better address socially impactful problems. 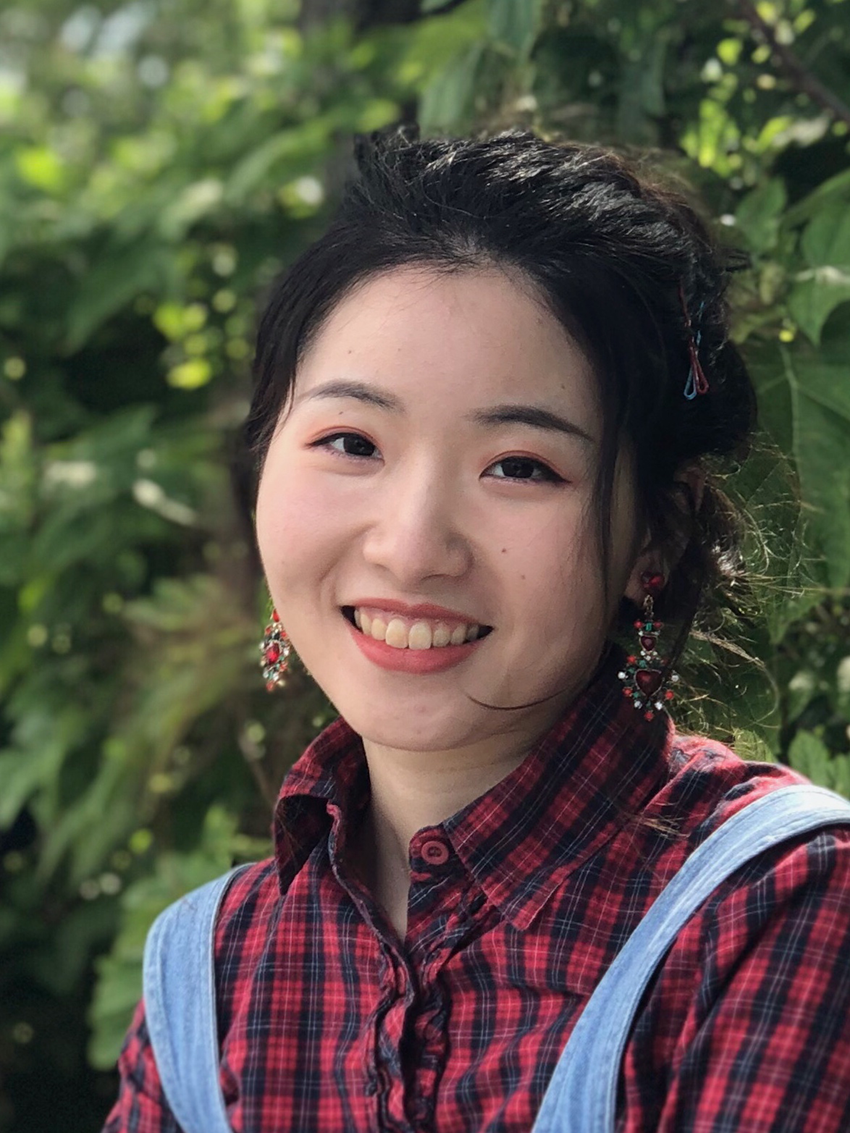 Doctoral Student Hammer Fellow
Xinyi Wu graduated Phi Beta Kappa from Washington University in St. Louis with BA in Mathematics and Economics in 2020. Her previous work in mathematics studied quantum dynamical systems and spectra of quantum graphs. Xinyi also explored research in global production networks and applied econometrics. Her current interests lie in probability, stochastic processes, dynamical systems and statistics. In particular, she is interested in questions that arise in natural sciences, engineering and economics that are related to stochastic systems. In her graduate study at IDSS, Xinyi is motivated to pursue interdisciplinary research in social issues with engineering work. 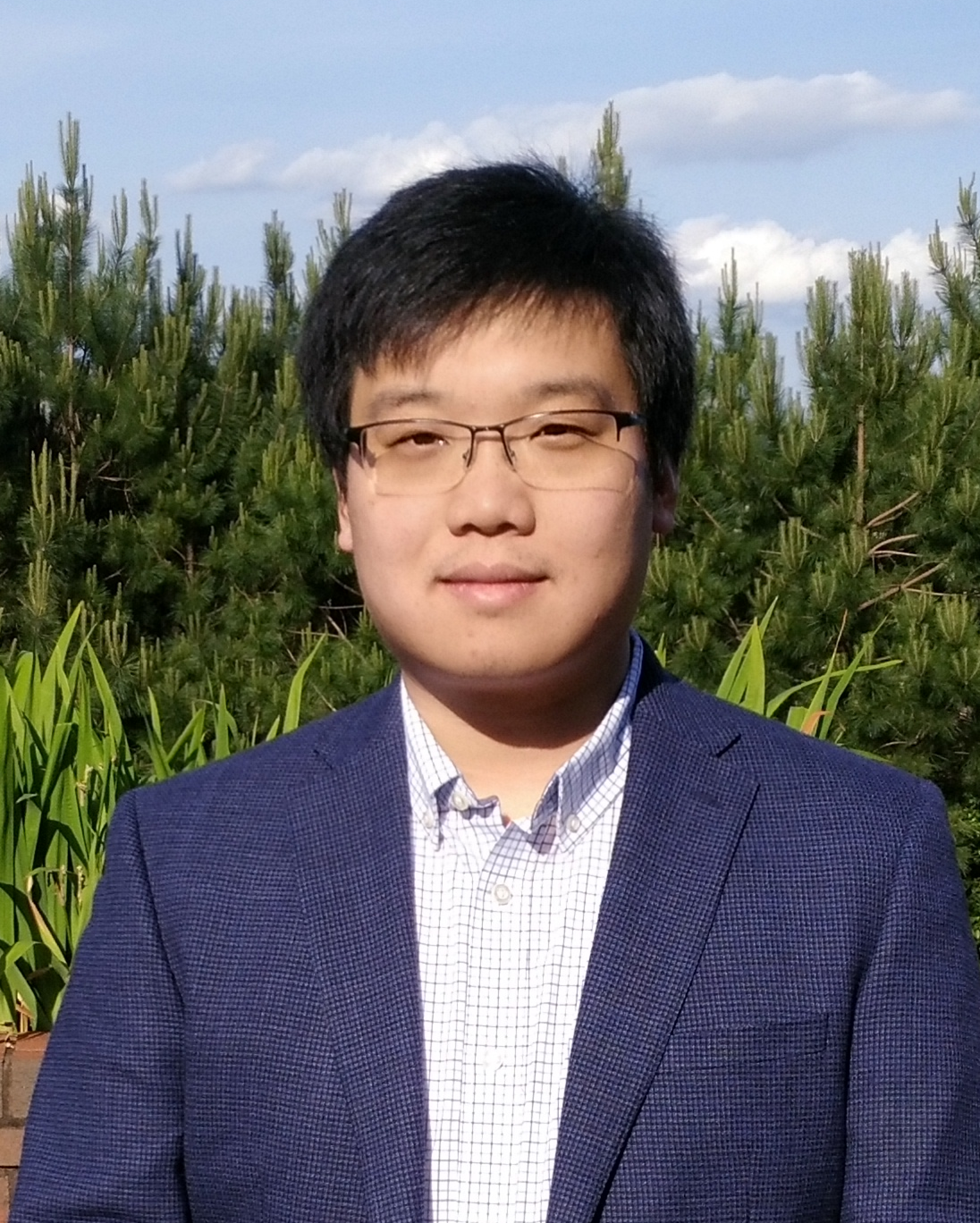 Postdoctoral Hammer Fellow
Weizi Li earned his Ph.D. from the University of North Carolina at Chapel Hill and M.S. from George Mason University, both in Computer Science. He was also a visiting student at the University of Maryland, College Park, and a research intern at Disney Research, Lenovo Research and Technology, and the National University of Singapore. His current research interests include Multi-agent Simulation, Intelligent Transportation Systems, Robotics, and Machine Learning. In his first year as Hammer Fellow, Weizi learned how to control a mixture of autonomous vehicles and human-driven vehicles. This could improve the throughput of various types of road networks, such as an intersection, as autonomous vehicles start to enter in the overall traffic. Weizi’s long-term research goal is to develop theory and practice in facilitating collaborative relationships between humans and autonomous systems. 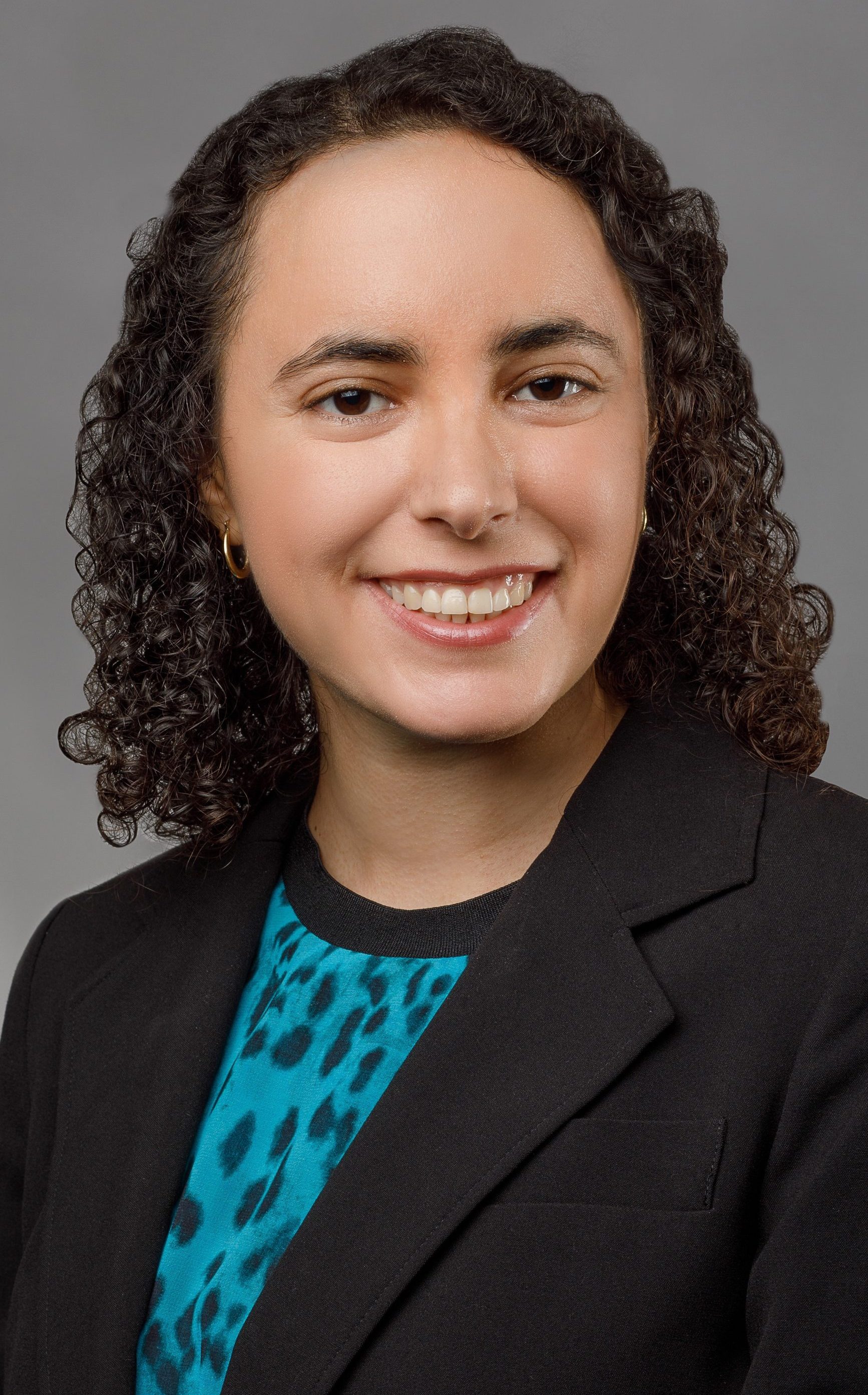 Postdoctoral Hammer Fellow
Janelle Schlossberger received her PhD in Business Economics from Harvard Business School and Harvard University, and she received her AB in Physics and Mathematics from Harvard University.  She is the recipient of the 2019 Aliprantis Prize from the Society for the Advancement of Economic Theory (SAET).  Her research is at the intersection of economic theory, networks, macroeconomics, and finance. 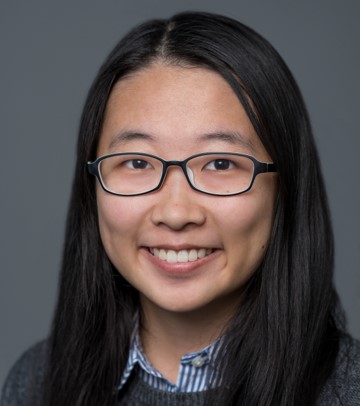 Doctoral Student Hammer Fellow
Sirui Li received her SB in Computer Science and Mathematics from Washington University in 2019 and was one of the five class of 2019 valedictorians from the Washington University School of Engineering. She is especially interested in Bayesian methods, social networks, and machine learning applications to economics and political science. Sirui works with Professor Cathy Wu on solving the ride-sharing problem (how to partition riders into groups, which is an NP hard problem) using graph neural networks and reinforcement learning. Her long-term research goal is to improve algorithms/heuristics that solve hard social problems in city planning and mechanism design. 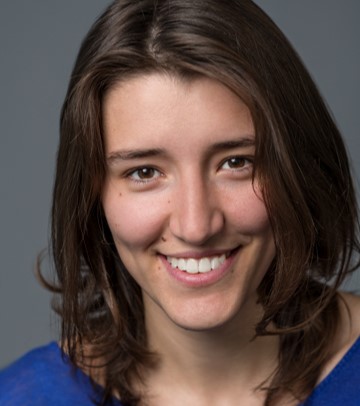 Doctoral Student Hammer Fellow
Manon Revel earned her BNG in Mathematics from Ecole Centrale in Paris, France in 2017 and her SM in Technology and Policy from MIT in 2019. Manon studied the challenges that journalism faces online among the wide variety of information sources, and researched the impact of native advertisement on the U.S. news industry. In her first year as Hammer Fellow, Manon started two projects. The first one aims at understanding collective behaviors in basketball teams in order to assess the virtues of collective vs. individual strategies. The second is about reflecting on a new voting system that could eventually enhance both representation and accuracy in voting on important laws. She aspires to uncover set-ups in which people can collectively organize to make informed (voting) decisions while living in an environment flooded with misleading information. Manon has also contributed to Isolat, IDSS Covid-19 collaboration. 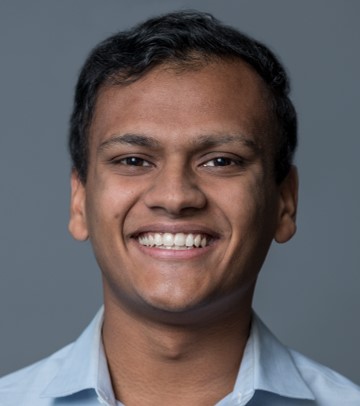 Doctoral Student Hammer Fellow
Arnab Sarker received his BSE in Networked and Social Systems and his MSE in Data Science in 2019, both from the University of Pennsylvania. In his first year as Hammer Fellow, Arnab explored his research interests, statistical learning theory, algorithmic game theory, and social networks, in two major projects. One project looks at how explicitly having groups of people in a network can give us more information about the strength of relationships in a network. His findings places the work directly in the context of a long debate in sociology on “the strength of weak ties,” which has arisen recently in the context of different contagion models. The second project has been theoretical in nature, where Arnab has developed a new machine learning algorithm in the context of semi-autonomous flight control. His long-term research goal is to further our understanding of social systems, from developing theoretical models to finding important results in true datasets. Arnab has been regularly attending Isolat meetings and worked with Prof. Devavrat Shah on a novel data-driven model for predicting the number of daily Covid-19 cases. 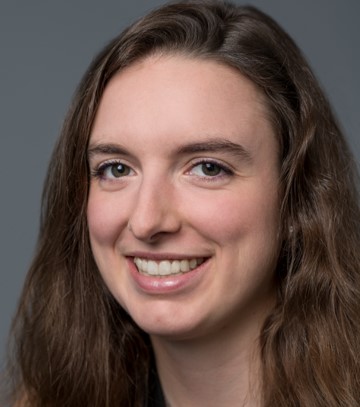 Doctoral Student Hammer Fellow
Erin Walk received her BA in Mechanical Engineering and minor in Government from Harvard University in 2017, where she was also a letter winner on the Women’s Varsity Lightweight Rowing team. Her undergraduate work in clean energy research inspired an interest in melding policy and social concerns with engineering work. Post-graduation, Erin worked as a Policy Analyst at Cloudflare, supporting their corporate social responsibility projects both as a program manager and by providing technical support and on-boarding guidance. At MIT, Erin works on a project that analyzes Telegram messages from groups and channels in North Syria with the goal of understanding how external events impact the conversation and message views in these groups. She plans to grow her understanding of how discourse on the Internet can help us learn more about people or groups who are hard to reach in hopes to help impact humanitarian or other efforts. 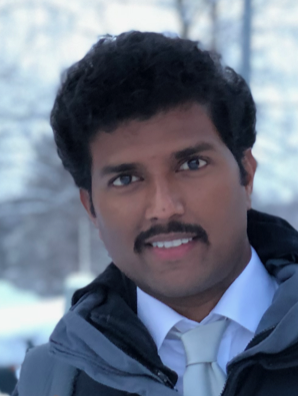 Postdoctoral Hammer Fellow
Before joining MIT as a postdoc at IDSS, Kiran Garimella was a postdoc at EPFL, Switzerland, and worked as a Research Engineer at Yahoo Research, Barcelona, and QCRI, Doha. Kiran received his PhD at Aalto University, Finland, and Masters & Bachelors from IIIT Hyderabad, India. His research focused on using digital data for social good, including areas like polarization, misinformation, and human migration. His work on studying and mitigating polarization on social media won the best student paper awards at WSDM 2017 and WebScience 2017. At IDSS, Kiran studies the spread of rumors and misinformation on closed platforms like WhatsApp and aims to develop technical solutions to such problems. As a computer scientist, his role in creating such solutions is to build tools that can collect and analyze massive social media datasets. His research was highlighted in many news outlets, including the Financial Times, and on large conferences throughout the U.S. 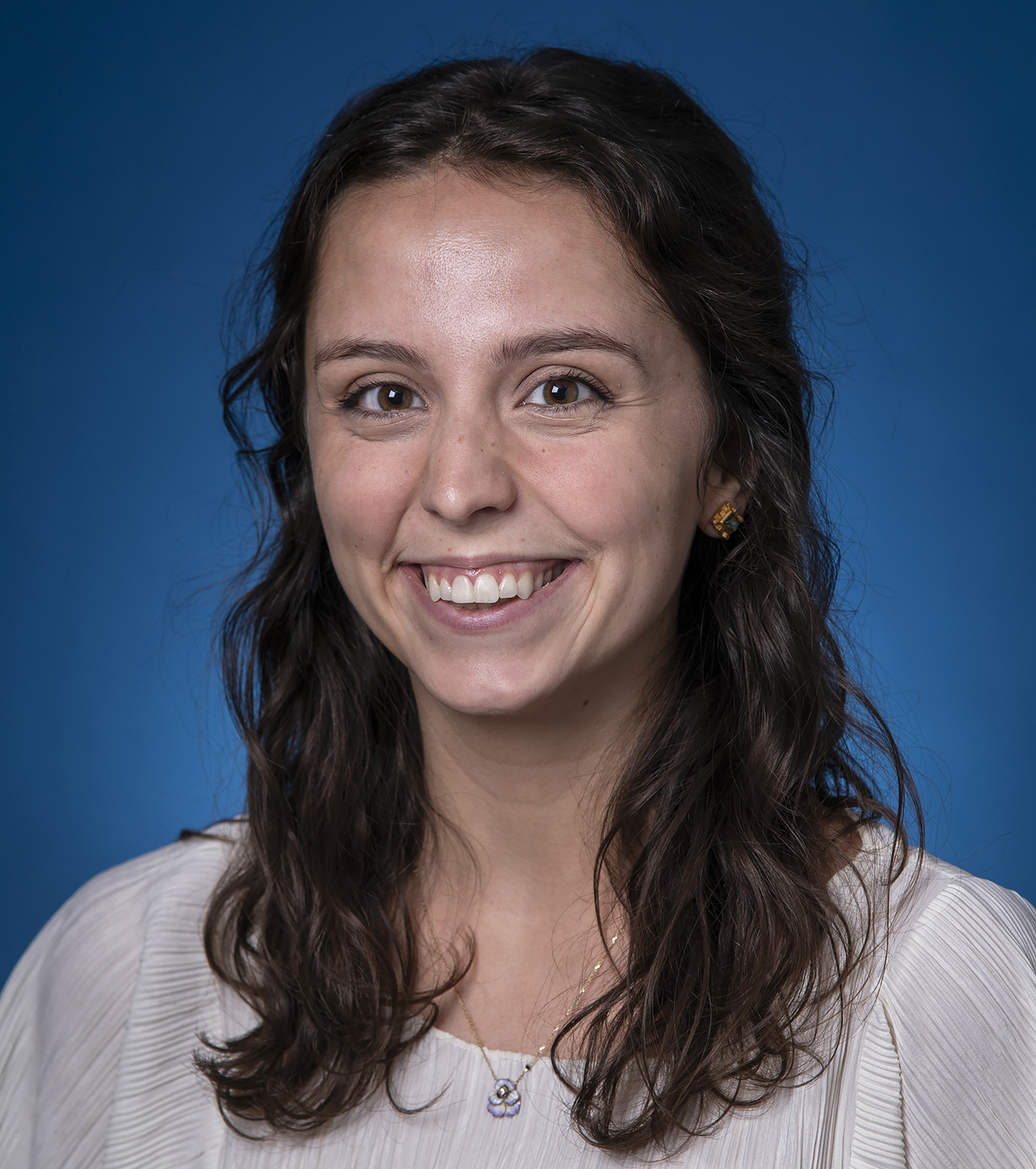 Doctoral Student Hammer Fellow
Cate Heine graduated Phi Beta Kappa from Centre College in Danville, KY with a bachelor’s degree in Mathematics. Her education at Centre was funded by a Brown Fellowship, which enabled her to pursue research opportunities at the University of Queensland’s Sustainable Minerals Institute and the Santa Fe Institute during the summers. In her doctoral work, Cate seeks to use technology to holistically assess social systems in rapidly growing urban areas, examine the social and physical barriers that persist in these systems, and address the consequent superlinear growth of social inequality. In her second year as Hammer Fellow, Cate joined a project studying social segregation in Stockholm, Sweden, to help the city’s government identify and address weaknesses in its social connectivity. The Covid-19 pandemic became an opportunity for Cate to look into issues of equity in urban mobility in the current healthcare crisis and under current restrictions on movement. She hopes to keep working on models of human mobility in order to understand the dynamics of movement throughout cities and access to resources within them. 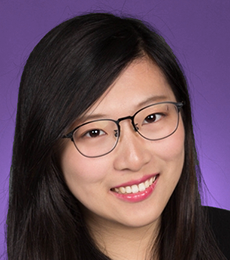 Doctoral Student Hammer Fellow
Manxi Wu is a doctoral student in the Social and Engineering Systems program. Previously, she obtained a B.S. in Applied Math from Peking University (2015) and an M.S. in Transportation from MIT (2017). Manxi’s academic training is in game theory, network optimization, and applied statistics. Her research focuses on the design of information and incentive mechanisms to improve the efficiency and robustness of urban systems. She also works on security assessment of networked systems against adversarial attacks. In her second year as Hammer Fellow, Manxi continued her work on a multi-agent strategic learning project which was presented at the Learning for Decision and Control conference. She discussed specialized results on Bayesian learning in routing games in which the unknown parameter affects the cost distributions of congestible resources. 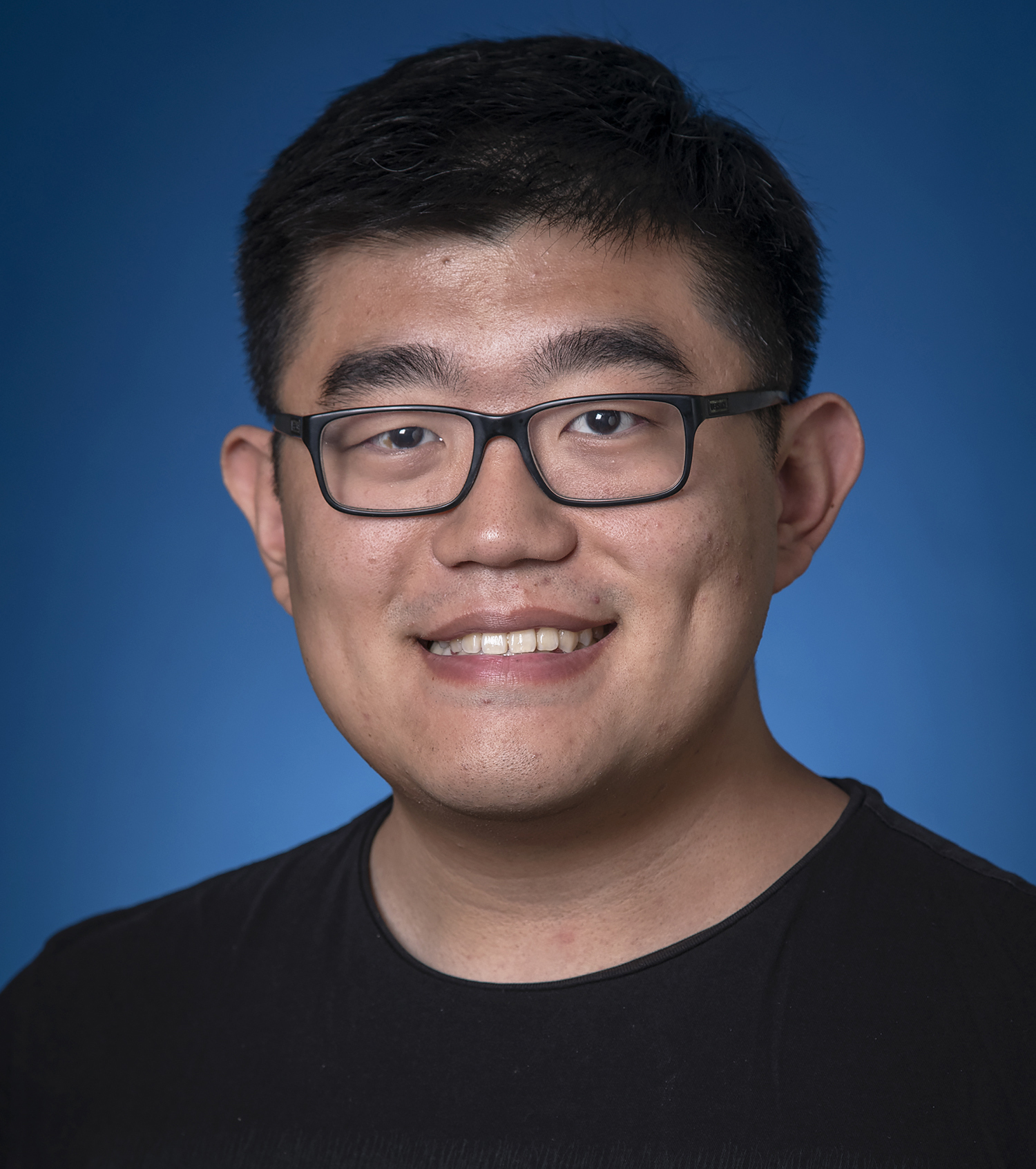 Doctoral Student Hammer Fellow
Leon Yao graduated from Stanford with a B.S. and an M.S. in Computer Science (Artificial Intelligence Track). Leon’s research is primarily focused on computational social science. Specifically, Leon aims to develop algorithms and analytical frameworks to analyze and understand social systems, such as social networks. In the fall of 2019, Leon started a project on the topic of Differential Privacy, a technique that allows for the release of data while keeping the identity of individuals private. This field has recently gained a lot of interest as the 2020 United States Census. Leon hopes to apply his knowledge of machine learning, data mining and algorithms to study problems in the intersection of economics and computer science.